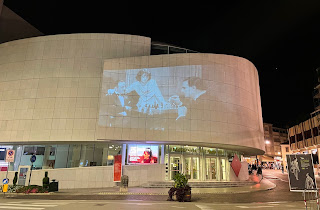 Well here we are, I can scarcely believe it, the last day of the festival. Where has the time gone? I don’t know but it’s not incorrect to say time flies when you’re having fun because wasn’t yesterday Monday? 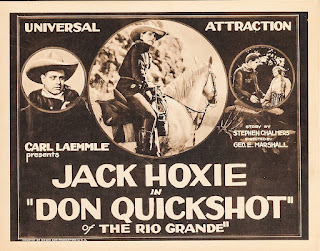 There were only three programs today the first being a Jack Hoxie western Don Quickshot of the Rio Grande 1923). This breezy western began with a flashback to medieval times with our hero as a knight in shining armor wielding a ginormous Lance to vanquish his foes. This was my first western with Jack Hoxie, and it was fun it was certainly not Destry Rides Again (arguably director George Marshall’s best, if not, best known film). The film was assisted ably by the fantastic Neil Brand who just brought it for the entire festival. We who have attended Le Giornate have been so blessed because there is not one film that has not had someone fabulous accompanying. 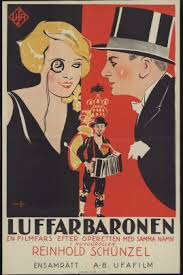 After a long lunch break we got our next film associated with Ellen Richter, in her role as a producer and not on screen. The diva on screen was Marlene Dietrich in an early role. Not surprisingly, Marlene sports a monocle. One must put aside Marlene‘s comments later in life where she claimed to not have made a silent film she in fact made several. In Der Juxbaron/The Imaginary Baron  (1927) Marlene finds her self attracted to the imaginary Baron who is in reality a street performer who does clean up nicely. Of course her attraction to this imaginary Baron is the fact that he is worth a great deal of money and she’s basically a Golddigger. The film was frothy and a comedy one would think it’s typical of Weimar. It breezed along with a lot of movement enjoy considering it was based on the stage play it was not stage bound. Daan van den Hurk and student Alice Accompanied the film with a joyous sound, and a hilarious dubbing voice for Marlene’s singing voice and she said at the piano on the screen. I wonder if the real Marlene would’ve found this funny God knows the audience did. This was a proper light prelude to the epic that would follow for the evening show. 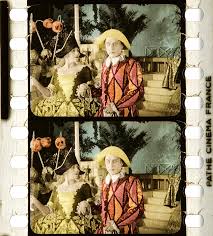 The festival ended on an epic scale with a new restoration of Casanova (1927). With first announcements by Jay Weissberg prior to the film, himself sporting a very sparkly carnival mask we sat down to enjoy this remarkable film accompanied by a brand new score by Guenter Buchwald. He himself conducting the orchestra San Marco the debut of his new score. It was an entirely appropriate and beautiful score for the film.

The elephant in the room one must get out of the way right out of the gate is how remarkable and expressive Ivan Mosjukine’s eyes and eyebrows are. This gif illustrates perfectly. His eyes are mesmerizing of course having just recently seen Mosjukine in Michel Strogoff (this film needs to be released on bluray, please), this was no surprise. Historically Casanova was not known to be a handsome man, and Mosjukine is not handsome in the way that Valentino was handsome. That said, Mosjukine had presence and could say more with his eyes that could Norma Desmond. This grand epic was shot in Venice, St. Petersburg and Paris end it was as grand and epic as can be. Costuming was simply off the charts. And have I mentioned yet how sexy the film is? Mosjukine and the bevy of conquests from maids, to a Venetian Contessa to Catharine the Great was the epitome of a romantic and rogue of a lover with every bare shoulder he caressed with his lips.  If you are not dazzled by the scenery, in the second half of the film when you get to the venetian carnival sequences with fireworks all hand colored and Casanova himself decked out as Harlequin, you must be blind. The film is long yet it does not feel like it I was surprised when we reached intermission at the halfway point because I felt like the film had just started. 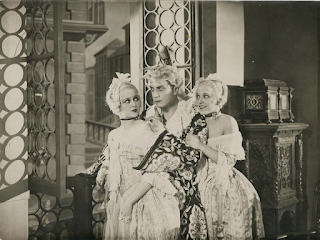 All of this was supported as I mentioned above by the beautiful score. With hints of Mozart and Tchaikovsky the music blended and took you away back in time with the characters in the film. It was romantic, it was humorous and it was perfect. I cannot think of a better film to close out this very special and beautiful festival.

This has been the fastest week that I can remember. It is said that as you get older time accelerates, this week it certainly did.  In these nearly 2 years of pandemic lockdown time has ceased to have any kind of real meaning. To be able to have traveled so far to see so many wonderful films has constituted itself to be nothing short of a miracle for me. It was very complicated for the festival to pull this off with all of the COVID restrictions and protocols, mask requirements, and just handling of people arriving into town. While the festival itself was reduced in the number of programs, I really believe this did not lessen any of the work that the volunteers and staff had to do to bring this to a successful conclusion. It was all done with happiness, joy, and love; you could feel it. I don’t think I’ve ever felt more welcome in a place that was new to me and filled with people that, many of whom, I have only met online. The experience is unique and wonderful and I cannot wait to come back and enjoy  the full program of a festival with so many wonderful souls who love silent film as much as I do.

Day 8 was a day of two gelatos, zucco and bacio con nutella. Win-win! Today, lunch with some friends, then to walk around Pordenone in a post festival haze and pack my suitcase for a long travel day home to San Francisco. Surely I shall have one more gelato before I am whisked away.

I hope to return in 2022 for more Ruritarian films and more gelato. 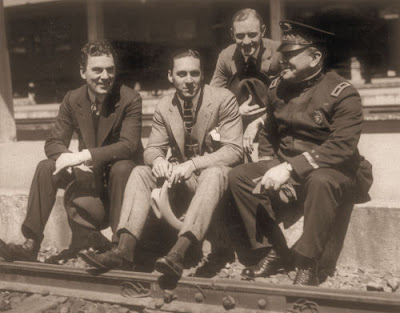