History is Made at Night - Blu-Ray Review 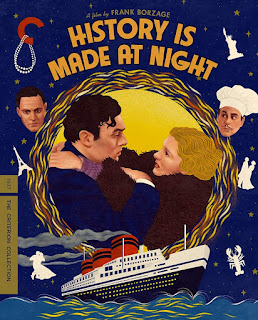 History is Made at Night has long been on my want list for a legitimate release on DVD. The Criterion Collection Blu-ray which was released this week more than satisfied my itch in this regard. 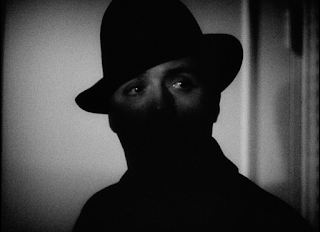 Director Frank Borzage pulled all the stops out in this achingly romantic film. In this film there are three loves. First the otherworldly accidently by fate romantic love of Paul (Charles Boyer) and Irene (Jean Arthur), secondly the opposite, the stifling and suffocating obsessive love of Bruce Vail (Colin Clive in another edgy performance) and finally, the love representing true friendship, that of Cesar (Leo Carillo) for his friend Paul. 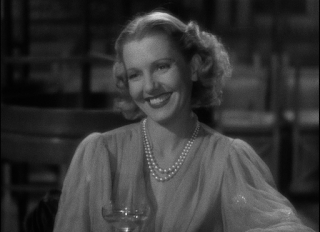 The film is a roller coaster ride, drama, touches of comedy, insanity, murder and icebergs. It is a rare film with a wide and crazy zig-zag of a plot, you can and must set aside all disbelief and go along for the ride. In this film, I can and do just that. I believe in the central romance. One look at Paul (Boyer) in the first scenes putting his friend to bed and stepping in to save a lady in her hour of need, I am lost and ready to follow this film to the end, no matter the conclusion. Like his rapport with Irene Dunne in Love Affair (1939), you believe the instant you see his dark eyes that he is utterly smitten with Irene (Arthur). Paul is there for a rescue and yet, thoroughly enjoying the charade of posing as a thief. Irene’s hesitancy and fear soon are relaxed in the cab as he returns her jewels and casually offers her an explanation of why he did what he did. She has only to say “oh.” 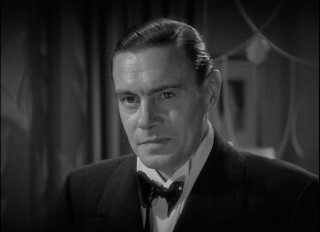 The magic night where their history is made takes them to Château Bleu restaurant is, well for lack of a better word, magical. Paul first charms Cesar and the orchestra from the about to close for the night restaurant, to open just for them. Cesar is conned into cooking a meal for them and he retreats to the kitchen. The orchestra, plied with free champagne, begin to play a tango. Believe me, it really is erotic and one of the most romantic tangos on film. There is a LOT of plot that follows and I am not going to spoil it. Just know this is one of the most magical of romantic films, with touches of comedy, drama and heart. 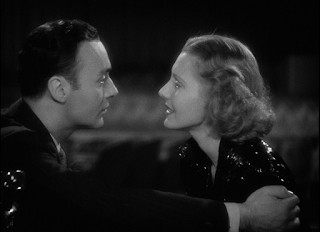 Criterion’s Blu-ray features a beautifully restored print of the film. There is included in the extra material a shortish documentary on the restoration. The murky, dark muddy prints I’d seen before are gone and this film is beautiful. There is a wonderful film of critic and author Farran Smith Nehme talking about director Borzage and romantic love in his films. It is always a treat for her insight and commentary, she knows her films! We are also treated to excerpts of an interview with Frank Borzage from George Eastman House. The essay by Dan Callahan is an informative and elegant elegy to the film. 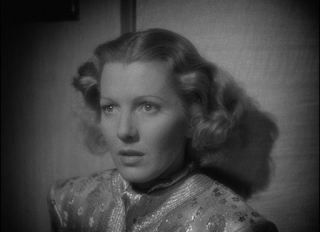 This is one of my all-time favorite films and it is wonderful to see it get the Criterion treatment. So richly deserved and well worth your time and money.

All screen captures are courtesy dvdbeaver.com.